About the Antelope Valley Area

The Antelope Valley is home to a wide range of plants and animals. It is home to hundreds of plants like the Joshua Tree, Scrub Oak, Creosote, and the California Poppy. Winter brings much-needed rain which slowly penetrates the area's dry ground, bringing up native grasses and wildflowers. Poppy season depends completely on the precipitation, but a good bloom can be killed off by the unusual weather in the late winter and early spring months. Snow is not unusual for the Antelope Valley in spring, because it is often the most unstable weather the Valley receives.

The first wave of home buyers to Lancaster, California from the L.A. area, made up of so-called "escapees" and employees in the booming aviation industry, arrived in the 1970s. As the area was not yet incorporated and was therefore under the political influence of Los Angeles County, a local group called Citizens for Incorporation campaigned for city status and succeeded in 1977. The population of the new city more than doubled from 45,000 people in 1980 to 97,000 by 1990, making Lancaster, a large bedroom community.

Lancaster Arts, Culture, and Entertainment
Lancaster residents have relatively easy access to the cultural, and entertainment offerings of nearby Los Angeles. Some attractions of note in Lancaster include:

The City of Lancaster Aerospace Walk of  Honor

Lancaster is also home to a Minor League Baseball team, The Lancaster JetHawks. The JetHawks are a Class A Advanced affiliate of the Arizona Diamondbacks. 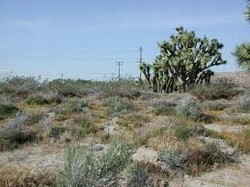 Over the last 25 years this city has consistently been ranked in the top 25 fastest growing cities in the United States (based on percentage change).

The city is known as a family-oriented community with a high quality of life. Palmdale Regional Medical Center, a first class medical facility opened in 2010, includes an emergency department, a helipad, medical office towers, and a senior housing complex. A new multimodal transportation center, serving local and commuter bus and train services, opened in 2005. A voter-initiated and approved tax has funded major park and recreation expansions, including the Palmdale Amphitheater (capacity 10,000), two new pools, other recreation buildings, satellite library and Dry Town Water Park. Downtown revitalization includes hundreds of new senior housing units, a new senior center, and expanded open space. A new 48,000 sq ft (4,500 m2). Sheriff station opened in July 2006, the largest in Los Angeles County. Two additional fire stations have been built, one on the east side and one on the west side.
While Palmdale is still a part of Los Angeles County, the urbanized centers of Palmdale and Los Angeles are separated by the San Gabriel mountain range, which is about 40 miles (60 km) wide. This range forms the southern edge of the Antelope Valley portion of the Mojave Desert. Palmdale is the second largest city in the Antelope Valley, and the fifth largest city overall in the Mojave Desert by population, outstripped only by Las Vegas, Henderson, North Las Vegas and Lancaster, California. 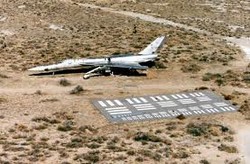 Rosamond is located in Southern California's Antelope Valley, Rosamond is an unincorporated town of around 18,000 at the hub of what has been called "Aerospace Valley". Rosamond is the gateway to Edwards Air Force Base, and is just south of the emerging civilian spaceport at Mojave. To our south are the twin cities of Lancaster & Palmdale. 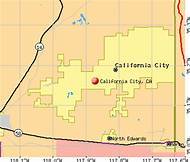 California City is considered part of the Antelope Valley. It has a  golf course, one prison , one Municipal airport  Much of the workforce of Edwards Air Force Base, which is located just to the south of the city, is made up of city residents. Other major sources of employment include California City Correctional Center (California Department of Corrections and Rehabilitation); Mojave Air and Space Port and its flight test operations; the Hyundai/Kia Proving Grounds located in the rural southwestern part of the city; and nearby cities, such as Tehachapi, Ridgecrest, Boron, Palmdale, and Lancaster. 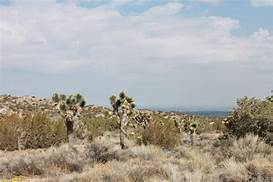 Littlerock is named after the Little Rock Wash that passes through the area and is known as "The Fruit Basket" of the Antelope Valley.  There were orchards of fruit trees such as almonds, apples, peaches, and pears, along the side of the roads around HWY 138

Littlerock, has a population around 15,000 according to the Greater Antelope Valley Economic Alliance report of 2009. 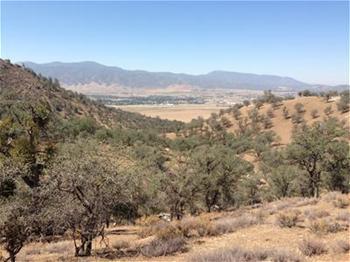 Tehachapi is located outside of Southern California’s congested highly populated areas and outside of the drier hotter deserts and valleys surrounding it. Our higher elevation and mountain locale epitomizes outdoor living at its best. People here, whether resident or visitor relish their time spent outside enjoying the scenic beauty and all the recreational opportunities, extreme sports and wildlife the area has to offer.

The community is anchored by the City of Tehachapi, comprised of over 13,000 residents and the epicenter of shopping, retail, arts and culture. It is surrounded by the unincorporated Kern County communities of Golden Hills, Cummings Valley, Bear Valley Springs, Stallion Springs, Mountain Meadows and Sand Canyon.But Tehachapi’s unique environment also means it’s located outside the mainstream and conventions of suburbia. It’s original. More unconventional attitude attracts people with fresh ideas and energy that manifest themselves in the arts, culture, traditions, technology and commercial innovations, and strong community spirit.